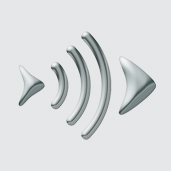 When Yan’s parents were separated, the seven-year-old boy left home and wandered in search of work.

He got a job at an eatery in a town outside Yangon, the commercial hub of Myanmar. Unfortunately, he was picked up by a so-called recruiter, like thousands of children across Myanmar in the 1990s — either lured or threatened into signing up to fight.

“I didn’t go there, I ended up there,” Yan said about being made to join a military school in a Radio New Zealand report on Feb. 22.

From the age of seven until he was 11, Yan’s fellow boy soldiers became his family — wherever they went, he went.

“All we see is hatred. Everyone hated us. I don’t know. I just do what I'm told,” Yan told RNZ about moving in the jungles and across villages in their region.

After a series of narrow escapes, ambushes and captures, Yan and a friend he made at a rebel camp where he was held made a run for it and arrived at the border with Thailand.

With the help of the UN’s refugee agency, he and his friend arrived in New Zealand as refugees in February 2003. Yan was 13.

Yan’s story reflects the typical child soldier recruited by Myanmar’s military, known as the Tatmadaw, which has a long history of recruiting children and using them as porters and cooks as well as human shields.

Recruiters often target children at bus and railway stations promising them jobs and then take them to military camps.

Last October, two boys as part of a group of 15 farmers were forced to walk in front of a Tatmadaw unit to ensure the path towards a military camp was clear of landmines and to protect the soldiers from potential enemy fire, according to a UN report.

The two boys were found dead with gunshot wounds after fighting broke out between the Tatmadaw and the Arakan Army in Rakhine state in western Myanmar.

The incident happened within 12 months of the delisting of the Tatmadaw for underage recruitment in the UN secretary-general’s annual report on children and armed conflict.

The UN said the use of children for non-combat purposes by armed forces and rebel groups should not be considered as a separate and lesser violation than the formal recruitment of children and is criminalized in Myanmar’s Child Rights Law.

Human Rights Watch said in an October 2020 report that the Tatmadaw is still making use of children in hostilities, violating the terms of the delisting and called on the UN secretary-general to return the Tatmadaw to his list for its recruitment and use of children.

Despite the UN’s continued documentation of the military’s recruitment and use of children, secretary-general Antonio Guterres in June 2020 decided to remove the Tatmadaw from his annual list of shame.

In September 2019, Myanmar ratified the Optional Protocol to the Convention on the Rights of the Child on the involvement of children in armed conflict, which established 18 as the minimum age for direct participation in hostilities.

The 2007 Paris Principles, which Myanmar has endorsed, prohibits children being used as porters, cooks, messengers or for sexual purposes. The use of children as porters also violates Myanmar’s 2019 Child Rights Law, which forbids the use of children for forced or mandatory labor.

Phil Robertson, deputy Asia director of Human Rights Watch, said recruiting children as soldiers has never really stopped across Myanmar but finding firm numbers is difficult because both the Tatmadaw and ethnic armed groups know they will face trouble if such recruitment efforts are needed.

He said the Tatmadaw continues to be the worst offender despite pledges to various UN agencies to release child soldiers and punish military recruiters.

“In fact, the Tatmadaw’s duplicity is really part of their standard operating procedures to manage the child soldier issue so that they can continue recruiting while deceiving the UN to say good things about them,” Robertson told UCA News.

There needs to be a policy of zero tolerance for recruiting child soldiers, regardless of whether it’s by the military or ethnic groups

He said it’s more than likely that recruiting of children will rise after the coup as the Tatmadaw doesn’t care what the international community thinks about its use of child soldiers.

“There needs to be a policy of zero tolerance for recruiting child soldiers, regardless of whether it’s by the military or ethnic groups,” said Robertson. “No matter what disagreements exist between the various sides, such a prohibition on recruitment and use of child soldiers should be absolute.”

The Tatmadaw has released more than 1,700 child soldiers who have been reunited with their parents and about 800 military officers and other army personnel who recruited and used them have been punished, according to a defense ministry official.

Colonel Tun Tun Win of the Ministry of Defense said during a workshop in Naypyitaw in January 2019 that the army has taken action against the use of child soldiers in Myanmar based on regulations of the International Labor Organization (ILO).

“In response to the ILO’s regulations, the Tatmadaw has taken action from 2007 to 2018 against a total of 379 military personnel, including 64 officers and 315 other ranks in accordance with military discipline,” said Colonel Win, quoted by Radio Free Asia (RFA).

Myanmar is estimated to have one of the largest numbers of child soldiers in the world, with up to 50,000 children serving in both government armed forces and armed opposition groups.

Myanmar’s armed forces have faced a slew of accusations over rights abuses including the forced recruitment of children to work as porters or even as human mine detectors.

For years the Tatmadaw as well as non-state armed groups that operate mainly in the borderlands have employed child soldiers in their decades-long civil wars.

In addition to the Tatmadaw, seven non-state armed groups, including the Kachin Independence Army and the Karen National Liberation Army, have been named by the UN secretary-general as being persistent perpetrators in the recruitment and use of children in conflicts.

The use of child soldiers in the Southeast Asian nation has been widespread since gaining independence from Britain in 1948. The Tatmadaw has engaged in hostilities with some 20 ethnic armed groups who have fought for self-autonomy in their regions for decades.

In 2007, Myanmar and the UN began negotiations on ending the use of child soldiers that culminated in a joint action plan in June 2012 to stop the recruitment and use of children by the armed forces.

Three years later, Myanmar signed the Optional Protocol to the Convention on the Rights of Child on the Involvement of Children in Armed Conflict (OPAC), also known as the international child soldier treaty, but has yet to ratify it to make it fully binding.

In 2017, the country signed the Paris Principles and Commitments to protect children from unlawful recruitment or use by armed forces and groups and to reintegrate those who have been associated with armed forces into civilian life.

More than half a million people in Myanmar work under slave-like conditions and 0.96 percent of Myanmar’s population of nearly 54 million endured some form of slavery — the sixth highest rate per capita in Asia-Pacific and the second highest in Southeast Asia, according to the annual Global Slavery Index released by the Walk Free Foundation in May 2016.

The report also mentioned the recruitment of child soldiers in Myanmar.

The high youth unemployment rate makes it easier for the Tatmadaw to recruit children, according to the report.

Citing Child Soldiers International, the report said unaccompanied children searching for work were recruited at railway stations, bus terminals and markets and outside temples before being deceptively offered roles as drivers.

Myanmar, formerly known as Burma, remained on Tier 3 as it does not fully meet the minimum standards for the elimination of trafficking and is not making significant efforts to do so, according to the US Trafficking in Persons report in 2020.

The Catholic Church’s social arm Karuna (Caritas) Myanmar has collaborated with UNICEF to provide support and vocational training to some of the released soldiers.

“We had a follow-up with a reunion with their families while we supported vocational training such as cycle or car workshops,” Father Eikhelin told UCA News.

Some ethnic boys who fled their homes to escape forced recruitment by local armed groups were provided with vocational skills, said the priest, who has worked on a vocational program for youths.

Aung Ko Htwe, a former child soldier, was arrested for speaking out about his ordeal to RFA in 2017 and sentenced to a two-year prison term. His ordeal got much attention from the media.

He was abducted at Yangon’s central railway station in 2005 and recruited into the Tatmadaw when he was just 14.

During an interview with RFA, he recalled how a sergeant took him to a recruitment center in Yangon but the captain in charge refused to accept him as he was too young. He was then taken to another center where he was accepted.

He alleged that, while the case was being heard at the military court, he was tortured in a variety of ways including being forced to eat rice mixed with sand and being beaten on the shins with a rolling pin.

In 2007, Htwe tried to desert with two other soldiers and during the escape attempt a motorbike rider was killed. The three of them were charged with murder and faced the death sentence. He was just 16 at the time.

Upon his release, he returned home and started a business with his sister selling cotton clothes in a village in Thanlyin near Yangon.

“I will never achieve my goal of becoming a doctor,” the former child soldier said.