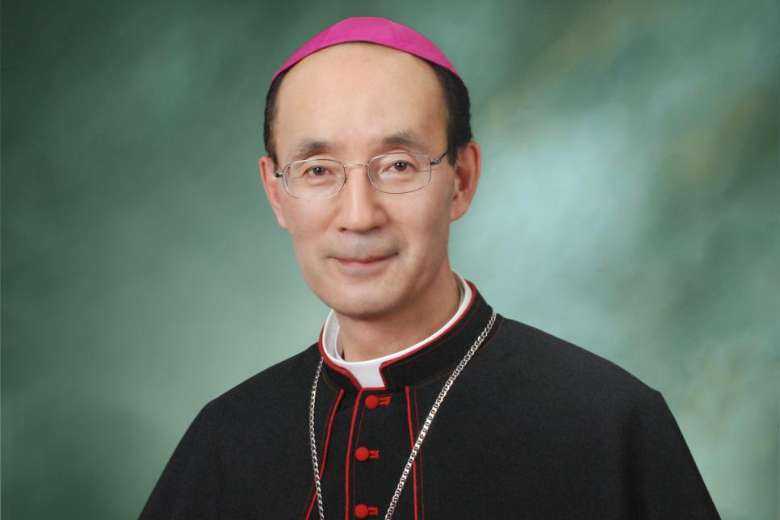 Bishop Augustinus Kim Jong-soo, the newly appointed bishop of Daejeon Diocese in South Korea, has called on the faithful to pray for him so that he can have the wisdom to serve them.

Bishop-elect Kim, 66, succeeds Bishop Lazarus You Heung-sik, who served Daejeon from 2005 to 2021. The pope named Bishop You as a prefect of the Vatican’s Congregation for the Clergy on June 11 last year and also made him an archbishop.

Bishop Kim along with auxiliary Bishop Stephanus Jung Hyun Han and fellow priests celebrated a special Mass at Daeheung-dong Cathedral on Feb. 26 before the announcement of the bishop's appointment was made, Catholic Times of Korea reported on March 2.

"Pray for me so I can have the wisdom to do the work that is worthy of my duties," Bishop Kim said after the announcement.

The diocese issued a notice to the faithful with a request for prayers for the new bishop.

I have inherited the great works and laudable goals undertaken by former bishops, which I have to carry forward

On Feb. 27, Bishop Kim celebrated a thanksgiving Mass at the cathedral parish. The next day, he held a press conference where he unveiled his plans for the diocese.

“I have inherited the great works and laudable goals undertaken by former bishops, which I have to carry forward. I also think deeply about a great history that the Diocese of Daejeon has walked so far,” the prelate said.

Archbishop You, the former head of the diocese, has sent a congratulatory message to the new bishop of Daejeon.

“Congratulations, dear Bishop Jong-su Kim, on the appointment of new bishop of the diocese,” Archbishop You said. “I believe that you will perform your duties as the head of the diocese splendidly.”

From 2007 to 2009, he was president of the Catholic University of Daejeon.

Daejeon Diocese has a significant place in the history of Catholicism in South Korea. It holds several holy martyrdom grounds where thousands of unnamed Korean Catholics were killed for their faith during the early days of Catholicism.

The Haemi Catholic Martyrs’ shrine in Seosan city, where about 2,000 Catholics were massacred by Buddhist rulers in the 19th century, was recognized by the Vatican as one of 30 international pilgrimage sites.

St. Andrew Kim Taegon (1821-46), the first Korean Catholic priest and patron saint of clergy in Korea, was born in the territory covered by Daejeon Diocese.

According to the diocesan website, there were some 330,000 Catholics in 142 parishes in Daejon Diocese served by 383 priests as of January 2019.