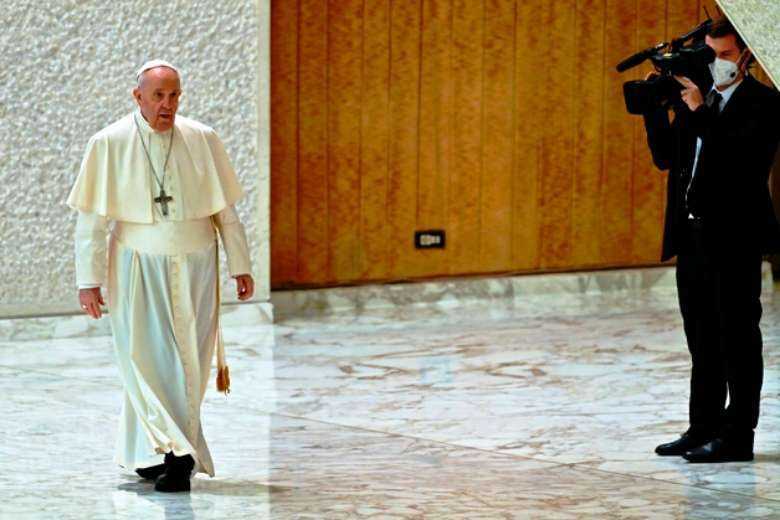 Pope Francis arrives for his weekly general audience at the Paul VI Hall in the Vatican on Feb. 23. (Photo: AFP)

Pope Francis went to the Russian embassy at the Holy See "to express his concern for the war" following the Kremlin's invasion of Ukraine, the Vatican press office said Friday.

Francis, head of the Roman Catholic Church, stayed for just over half an hour at the embassy in Rome, the press office said, without providing a read-out of the meeting or stating who was present.

Francis's unannounced visit comes one day after the Vatican's secretary of state insisted there was "still time for goodwill... still room for negotiation".

The pope, 85, said Wednesday ahead of the invasion that the threat of war in the pro-Western country caused "great pain in my heart".

He condemned actions "destabilising coexistence among nations and discrediting international law" and appealed at the end of his weekly general audience for those "with political responsibility to examine their consciences seriously before God".

Francis also proclaimed Ash Wednesday, which falls on March 2 this year, as an international day of fasting for peace.

But the pontiff will not be presiding over Ash Wednesday Mass in person after being ordered by a doctor to rest a painful knee.