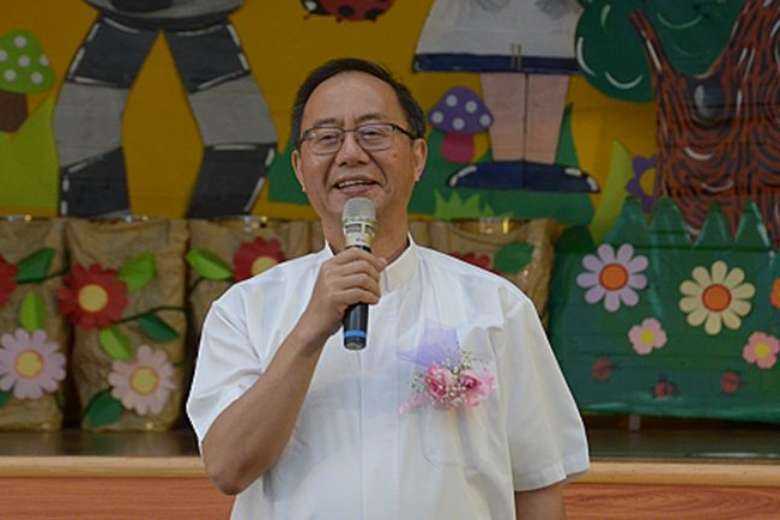 Pope Francis has appointed a native priest from the ethnic Tsou community as the new bishop of Chiayi Diocese in Taiwan.

Father Norbert Pu, 63, has been serving as the parish priest of Christ the King Church in Putzu since 2017, a Vatican bulletin said on Feb. 15 while announcing the appointment.

Bishop-elect Pu is the ninth bishop of Chiayi. He succeeds Bishop Thomas An-zu Chung, who served Chiayi Diocese from 2008 to 2020 before Pope Francis appointed him archbishop in national capital Taipei.

Born on Aug. 26, 1958, in Alishan, Chiayi, Norbert Pu obtained a bachelor’s degree in philosophy in 1980 and in theology in 1985 from the Faculty of Theology of St. Robert Bellarmine at Fu Jen Catholic University in Taipei. He was ordained a priest on Jan. 1, 1987.

He studied theology at Saint Augustin University in Germany from 1994 to 2000 and acquired a master’s degree.

Communist China still considers Taiwan as a breakaway province, not an independent nation, and has threatened to annex it militarily

He was president of the Commission for the Aboriginal Apostolate (2009-10) and offered pastoral services to aboriginal tribes in Taiwan.

He spent June 2016 to July 2017 for further studies in Germany. On his return, he was appointed parish priest of Christ the King Church in Putzu.

Chiayi Diocese covers 2,442 square kilometers and includes Chiayi city and the counties of Chiayi and Yunlin in the plains of southwestern Taiwan.

The diocese has about 18,000 Catholics and the estimated population of the diocesan territory is about 1.5 million.

Taiwan is a sovereign and democratic nation with a population of 24 million. Communist China still considers Taiwan as a breakaway province, not an independent nation, and has threatened to annex it militarily.

About 2 percent of Taiwan’s population hail from ethnic aboriginal groups, collectively known as Austronesian people with linguistic and genetic ties to the people of the Philippines and other Polynesian groups, says the Guide to Taipei website.

According to official statistics, about 35 percent of Taiwanese are Buddhists, 33 percent Taoists and non-religious about 19 percent. Christians account for about 4 percent.

Major Christian denominations include Protestants, Catholics and Mormons. Presbyterian Christians have played important roles in Taiwanese politics as they have been strongly associated with Taiwan's movement for democracy. Four of its five presidents since 1949 have been Christians.

The Catholic Church in Taiwan has about 300,000 members in one archdiocese and six dioceses, church data shows. A significant number of Catholics are refugees from mainland China and migrants from various countries including Vietnam, the Philippines and Indonesia.