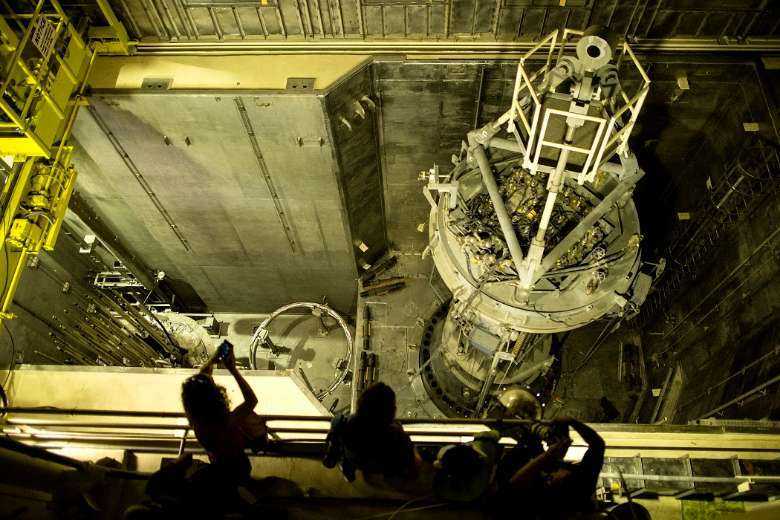 Members of the media visit the nuclear reactor inside the Bataan Nuclear Power Plant during a technical tour in Bataan on Sept. 16, 2016. (Photo: AFP)

Duterte said on March 3 that the move was to lessen the country’s dependence on non-renewable coal, which contributes 57 percent of the country’s power.

"The energy department is hereby mandated to develop and implement the nuclear energy program as part of the Philippine Energy Plan by utilizing the nuclear power plant," he said in an executive order.

The facility in question is the Bataan Nuclear Power Plant in Bataan province, central Luzon. It was built in the 1980s at a cost of US$2.2 billion to generate 623 megawatts of electricity. It was never commissioned, however, because of anti-nuclear protests.

The project was criticized for being a potential threat to public health, especially since the plant was in an earthquake zone near a volcano.

Duterte said reopening the power plant would be a milestone for the country, which is suffering from power shortages and high electricity prices.

The Filipino people spent billions for this unused project. Why not use it so that we have an additional source of energy that will also make our electricity much cheaper?

“It is a viable alternative baseload power source as the country is looking to do away with coal plants to lessen our carbon emission, consistent with our crusade against global warming,” Duterte told reporters.

Energy Secretary Alfonso Cusi said it was time for Filipinos to see an investment return on the billion-dollar project that has remained idle for decades.

“The Filipino people spent billions for this unused project. Why not use it so that we have an additional source of energy that will also make our electricity much cheaper?” he said.

“We have already completed a pre-feasibility study on the viability of introducing nuclear power into the energy mix, where coal accounts for a significant share.”

Environment and church groups, however, voiced alarm, saying it was dangerous to have a nuclear power plant where frequent natural disasters occur.

“In 2020 alone, we had two 6.6-magnitude earthquakes. We had 14 earthquakes with a magnitude of five or higher in that year alone. We are exposing ourselves to the danger of having a nuclear explosion,” said the Green Church Coalition, a group of churchgoers and clergymen campaigning for cleaner environment.

The group said Duterte should instead enforce The Hague’s Permanent Court of Arbitration ruling regarding Manila’s territorial claims in a part of the South China Sea that Filipinos call the West Philippine Sea.

In 2016, the court ruled in favor of the Philippines, invalidating China’s territorial claims but Duterte, who was seen as pandering to Beijing, said the ruling was a “mere scrap of paper.” The case had been brought to the court by Duterte’s predecessor Benigno Aquino.