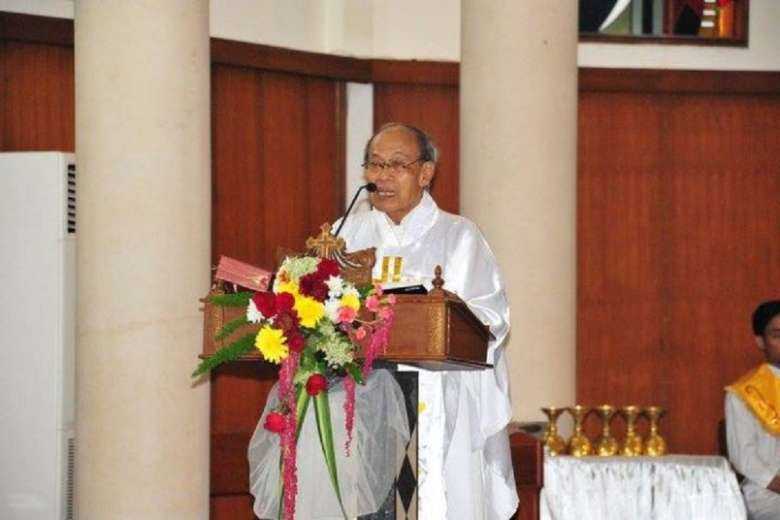 Father Antonius Soetanto, a Jesuit priest well known in Indonesia for composing church music and songs, has died at 84.

The priest, whose songs are often sung at Indonesian church services, died in hospital in Semarang, Central Java province, on March 1 after suffering a stroke.

Holy Cross Father Riston Situmorang, executive secretary of the Indonesian bishops' liturgy commission, said the Catholic Church in Indonesia had lost one of its most notable characters.

“His contribution to the Catholic Church in Indonesia regarding the liturgy was invaluable,” Father Situmorang told UCA News on March 2.

“The commission will continue using his work and we hope it will inspire young Catholics to compose liturgy songs for the Church.”

Father Yohanes Rusae, a former executive secretary of the same commission who worked with Father Soetanto, said the late priest’s contribution to liturgical adaptation in the local language was immense.

“Many songs were composed by him to make our liturgy music better and more relevant to Indonesian Catholics,” Father Rusae said.

One of Father Soetanto’s achievements was arranging liturgical songs in a book called Puji Syukur (Gratitude) used by the Church across Indonesia.

He studied church liturgy music in Utrecht in the Netherlands between 1972 and 1977 before serving in several Jakarta Archdiocese parishes and the Indonesian bishops' liturgy commission.

A funeral service will be held for Father Soetanto before his burial in Magelang, Central Java, on March 3.