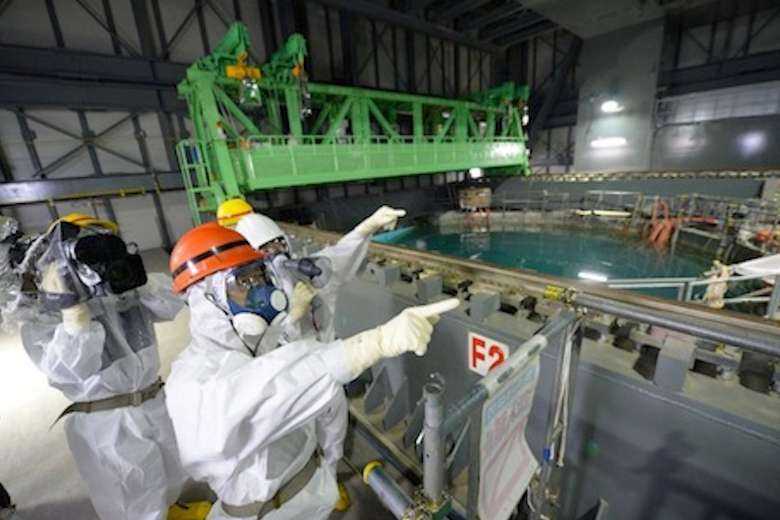 The Fukushima Daiichi plant was hit by a massive tsunami and earthquake in 2011. (Photo: AFP)

A South Korean Catholic priest has warned against dangerous environmental and public health impacts of Japan's planned move to release contaminated water from the disaster-hit Fukushima nuclear power plant into the sea.

The Korean version of the study was released at the end of January, Catholic Times of Korea reported on Feb. 13.

Based on his understanding of Pope Francis’ two famed encyclicals — Laudato Si' (Praise be to you) and Fratelli Tutti (All Brothers and Sisters), the priest pointed out that the Japanese government's arbitrary decision to discharge radioactive water into the sea would cause complex ecological, social, economic, political and diplomatic problems.

The thesis deals with complex, multifaceted issues relating to science, technology, international politics and insists on “common good” and “public accountability” based on the teachings of Pope Francis.

“In terms of safety and resolving the radioactive waste problem, factors that have not been scientifically identified remain as practical difficulties,” Father Oh pointed out.

The priest insisted that Japanese authorities must ensure safety, feasibility and public responsibility before making any final decision about releasing water

Citing a lack of adequate scientific data, the priest has refuted the claims of the Tokyo Electric Power Company (TEPCO) that radioactive materials from contaminated water have been safely removed.

He also cast doubt on whether TEPCO, the operator of the now-defunct Fukushima plant, has adequate capacity to process harmful radioactive materials from the contaminated water.

The priest insisted that Japanese authorities must ensure safety, feasibility and public responsibility before making any final decision about releasing water.

Japanese and international media reported last year that Japanese authorities have decided to release millions of tons of treated water from Fukushima into the sea. The initial plan was to start releasing water from 2022, but no final decision has been made.

Most of the radioactive isotopes have been removed using a complex filtration process. But one isotope, tritium, cannot be removed, so water has been stored in huge tanks that will fill up by 2022, the BBC reported

Japan’s decision to release treated water has reportedly got the nod from the International Atomic Energy Agency (IAEA) and the United States.

The move came years after debate over disposal of the water that was used to cool the Fukushima plant that was hit by a massive tsunami and earthquake in 2011. It became the most severe nuclear accident since the Chernobyl disaster in 1986.

No death or radioactive sickness was reported in the aftermath of the disaster. However, Japanese authorities evacuated more than 100,000 people from their homes as a preventive measure, according to the World Nuclear Association.

Once released into the sea, radioactive material cannot be restored to its original state. It will have impacts on humans and nature

“We oppose the discharge of tritium-containing water, a radioactive material that has been purified and treated, into the ocean,” said a joint statement from the Justice and Peace Commissions of the bishops’ conferences of Korea and Japan, the Korean bishops’ ecological and environmental committee and the Japanese bishops’ subcommittee on nuclear for peace.

The statement said the report from the Japanese government did not mention the effects of the treated water on marine life, the marine environment and human health.

“Once released into the sea, radioactive material cannot be restored to its original state. It will have impacts on humans and nature. It will cause greater anxiety and damage to people around the world.”

Father Oh said that before making the final decision Japan needs “to secure trust, transparency and accountability” as we must adopt “an integrated and universal perspective aimed at promoting peace and justice in Asia and the world.”

"We must deal with the Fukushima nuclear power plant contaminated water problem with the standard of responsibility and accountability corresponding to humanity and universal humanitarianism," he said.