The charge of religious conversion was without substance and will not be pursued, prosecution tells court in Gujarat 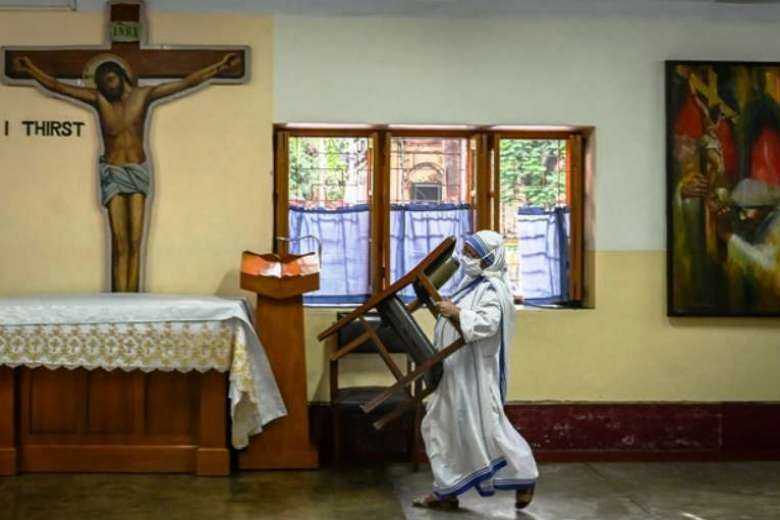 The much-publicized case of religious conversion against Missionaries of Charity (MC) nuns in India’s western state of Gujarat has come a cropper with the prosecution admitting there was no serious basis to proceed against them.

The prosecution gave a written undertaking to a court in Vadorara city that it would not pursue the case any further, although the first information report written by police to set the investigation in motion has yet to be quashed.

The prosecution’s undertaking meant an end to the adverse publicity and unnecessary harassment of the nuns from the Kolkata-based organization founded by Mother Teresa which ran a shelter home for the destitute in Vadodara.

In a related development, the court also dropped the hearing of an anticipatory bail application filed by two MC nuns, who did not want to be identified, ending their nearly three-month ordeal to avoid likely arrest for a crime they never committed.

“Indeed it is happy news and vindication of our stand from the very beginning,” said Father Cedric Prakash, a Jesuit priest and rights activist based in Gujarat.

He confirmed that the local court decided to drop the legal proceedings on March 3 after the government prosecutor admitted in writing that there was no serious basis to proceed against the nuns.

Bishop Stanislaus Fernandes, the apostolic administrator of Baroda Diocese, thanked everyone who stood with the nuns and the Catholic Church in their difficult time.

The Vadodara city police had initiated a probe against the nuns on Dec. 13, 2021, following an allegation that they had attempted to convert a girl in their shelter home to Christianity.

The nuns had moved a local court seeking protection from arrest which was granted while investigations carried on in the case under the Gujarat Freedom of Religion Act, 2003, which is meant to prevent illegal or forced religious conversions.

The nuns were booked for allegedly “hurting Hindu religious sentiments” and “luring towards Christianity young girls” in their shelter home.

However, the prosecution could not justify its action and kept seeking adjournments of court hearings on different pleas, including the legal counsel being infected with the Covid-19 virus.

The court on Feb. 23 directed the prosecution to submit a written reply explaining the legal basis on which the case was registered against the nuns.

“The police action was totally illegal as it was based on fabricated charges to target the nuns and other Christian groups who have been rendering yeoman service to the poor and the needy in the state,” Father Prakash, who has been closely monitoring the case, told UCA News on Mar. 3.

The Nirmala Shishu Bhavan home in Vadodara houses 48 girls including 22 who are mentally and physically challenged.

Complainant Mayank Trivedi, a district social defense officer who visited the orphanage with the president of the district child welfare committee on Dec. 9, had alleged that the girls were made to wear a cross around their necks and read a Bible kept in the storeroom.

The MC congregation has been the target for pro-Hindu governments and officials in India with allegations of religious conversions and illegal adoptions being made against its nuns. None of the charges have been proved in a court of law so far.

The Indian federal government had refused to renew the congregation’s license for receiving and utilizing foreign funds, citing “adverse inputs” in December. The license was, however, restored with retrospective effect on Jan. 8.

2 Comments on this Story