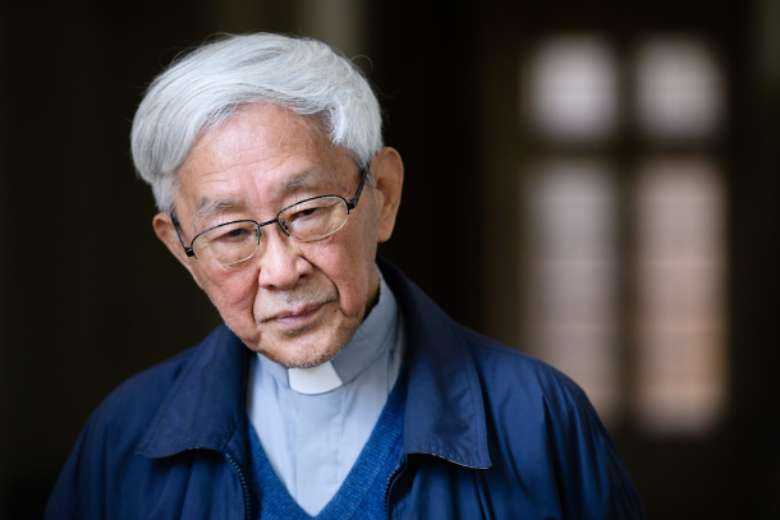 Cardinal Joseph Zen Ze-kiun, a former bishop of Hong Kong and a strong critic of the Chinese Communist Party, has come under attack from a pro-Beijing newspaper. (Photo: AFP)

A pro-Beijing newspaper in Hong Kong has accused Cardinal Joseph Zen Ze-kiun, the former bishop of Hong Kong, of abusing his clerical status to engage in anti-China activities.

The first article published on Jan. 27 alleged that Cardinal Zen has a “long history of abusing his clergy status to engage in anti-China activities and stirring up chaos in Hong Kong.” He also incited students to violate government rules in 2019, it claimed.

During the pro-democracy violence in 2019, nearly 40 percent of those arrested were students from some 300 schools. Many were from Christian schools and “were instigated by teachers and clergy” to participate in the violence, it claimed.

Cardinal Zen, who resigned from his post as bishop of Hong Kong in 2009, “abused his clergy status for a long time to gang up with Hong Kong independence elements" such as Jimmy Lai and Martin Lee “to engage in anti-China” activities, the article said.

Media tycoon Lai, 73, and 84-year-old Lee, a former Hong Kong lawmaker, are both Catholic. They were arrested and jailed last year for allegedly participating in pro-democracy rallies in violation of the national security law introduced in July 1, 2020.

“It is reported that from 2006 to December 2013, Jimmy Lai provided Cardinal Zen with more than 20 million Hong Kong Dollars [US$2.6 million] in political donations,” the article said.

In addition, sections in the articles also alleged that the Church “incited riots” among Hong Kong students and provided shelter for pro-democracy protesters. They suggested that Hong Kong’s religious institutions should be placed under the government’s management.

Salesian Cardinal Zen served as the bishop of Hong Kong from 2002 to 2009 and was made a cardinal in 2006. Widely known for his social activism and advocacy in social movements, he publicly stood for democratic values until the security law was introduced.

He has long been a target of the CCP for his opposition to the party's policies and crackdowns on human rights and religious freedom in China.

He condemned the Chinese government for the forcible demolition of churches and crosses in various parts of China from 2014 to 2016. He has led Masses for the victims of the 1989 Tiananmen Square massacre by China’s People’s Liberation Army.

Cardinal Zen has not responded to the pro-Beijing newspaper’s attacks.

Prominent religious freedom lawyer and scholar Nina Shea has warned that the articles should be seen as part of a CCP campaign against the cardinal.

The articles suggest that the CCP feels “a need for greater control over Hong Kong,” Shea, the director of the Hudson Institute’s Center for Religious Freedom, wrote in an op-ed published by the Epoch Times.

The four articles “resemble a denunciation campaign of the kind portending a new crackdown” by the CCP.

Shea says there are plenty of reasons for the CCP to target Cardinal Zen.

He has drawn the ire of the CCP as he is “one of the few prominent China clergymen in recent years who dare to speak critically against Chinese leader Xi Jinping’s repressive Sinicization policy for mainland churches,” she said.

China Aid suggests that Ta Kung Pao’s attacks should not be ignored and must draw international attention as it has a history of running offensive propaganda at the behest of the CCP against pro-democracy activists and supporters.