As poverty worsens during the pandemic, Cambodians are vulnerable to criminals luring them to work abroad 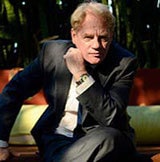 A woman prays before a monk in a Phnom Penh street. Rights groups say the economic crunch caused by Covid-19 has forced many Cambodians to chance their luck with human traffickers. (Photo: Luke Hunt/UCA News)

Cambodia has long been a magnet for human traffickers. Its porous borders, well-documented culture of impunity and an abundance of impoverished people hoping for a better life have enabled the scourge to flourish since a 30-year civil war ended in 1998.

But the situation has changed since the outbreak of the Covid-19 pandemic early last year when borders were closed, international flights reduced to a bare minimum and provinces locked down amid tight security.

During the initial months, human trafficking ground to a halt before re-emerging with new dynamics amid the worst economic conditions in two decades, reshaping a business model that delivers a cheap, servile workforce and women into bondage.

“Many of the former migrant workers who are stuck without work, without food and income, will seek ways to find them,” said Ou Virak, president of the Cambodian think tank Future Forum.

“Given that border crossings were made illegal, people are likely looking for an underground way to reach employment.”

More than 260,000 of Cambodia’s 16.5 million people were trapped in some form of modern-day slavery prior to the pandemic, according to the Global Slavery Index published by the Australia-based Walk Free Foundation.

However, while the supply and demand chain was disrupted in 2020, more than 15,300 foreign nationals from Myanmar, Cambodia and Laos have been arrested in Thailand for illegal entry since January this year.

About a third came from Cambodia, a major concern for health officials attempting to combat a surge in the pandemic across Indochina and Thailand.

Cambodia’s National Committee for Counter Trafficking says 85 human trafficking cases were reported in the first three months of this year, up from 58 recorded over the same three-month period a year earlier.

Chou Bun Eng, from the committee, said 100 people were arrested in relation to trafficking and that unscrupulous brokers were under a mistaken belief authorities were paying less attention to the borders because they were too busy with the pandemic.

That prompted Cambodia’s Interior Minister Sar Kheng to bolster security on the country’s 3,700-kilometer border with Thailand, Laos and Vietnam. That, however, does not resolve the core issues creating demand: a sharp rise in unemployment leading to heavy indebtedness.

“There are still people who will risk arrest and infection for income. I wouldn’t be surprised that a lot of this is still going on and has been under-reported,” Ou Virak said. A Cambodian victim of forced marriage to a Chinese man sits with her mother on the steps of their family home in Phnom Penh in October 2018. Poverty drives many women from the Mekong region to gamble on marriage in China. (Photo: AFP)

Rising poverty was exacerbated by a third wave of Covid-19 in February. Since then, the number of confirmed cases has spiraled to more than 20,000 from fewer than 500 recorded for the entire first year of the pandemic.

Since the economy came to a standstill, millions of people who once worked in the capital or provincial cities have returned to their villages where they live hand to mouth while lockdowns in Phnom Penh have created a myriad of issues.

These include overcrowded homes, particularly in slums, problems with food distribution, maintenance of internet connections and the enforcement of health regulations among the homeless and people with no alternative but the streets.

“Political, social and economic chaos are the principal drivers that force people to seek alternative work overseas and employ human traffickers to get them there,” said Gavin Greenwood, an analyst with Hong Kong-based A2 Global Risk.

“Traffickers, in turn, exploit the same conditions to bid for clients by offering invariably unrealistic and often criminal opportunities.”

Many of those trafficked are children and the Cambodian government has added human trafficking to school curriculums with a focus on girls at primary and secondary level, covering laws, rights and the role of communities in prevention.

The fishing, farming and manufacturing industries abroad, particularly in Thailand, are priorities for thousands of men who remain trapped in debt bondage

Greenwood said women trafficked into the regional sex trade were subject to demand impacted by Covid-19 and are often unwilling brides to China where the demographic gap between the genders continues to elevate expectations among local marriageable women.

“That leaves a growing number of males without any chance to help create a family,” he said, adding many young women had lost work in the garment sector due to Covid-19 and sanctions imposed by the European Union in response to the Cambodian government’s human rights record.

At the same time, demand from Chinese men has risen sharply and the number of Cambodian women brokered into China is believed to have doubled in 2020 alone.

“Covid-19 has hammered rural families, especially those with microloan debts, and made them unable to cope except to send a teenager to try and find work in Thailand and send money back,” said Phil Robertson, deputy director of Human Rights Watch's Asia division.

The fishing, farming and manufacturing industries abroad, particularly in Thailand, are priorities for thousands of men who remain trapped in debt bondage.

“The restrictions on movement between countries caused by the Covid-19 pandemic have put the kibosh on a lot of trafficking connected to outward migration of Cambodians to far-flung countries, especially through exploitative brokers taking advantage of would-be migrants,” Robertson said.

He said the downside is that those same Covid-19 regulations have closed off Thailand, the main destination for migrants, and raised the costs and difficulties to go there.

“The only choice for many unemployed and financially indebted Cambodians is to head to Thailand, one way or another. The problem is great desperation often equates to greater risks and taking steps that could commit a migrant to debt bondage, trafficking and misery.”