Founded by the former publisher of the shuttered Cambodia Daily, the schools imparted free English and computer classes 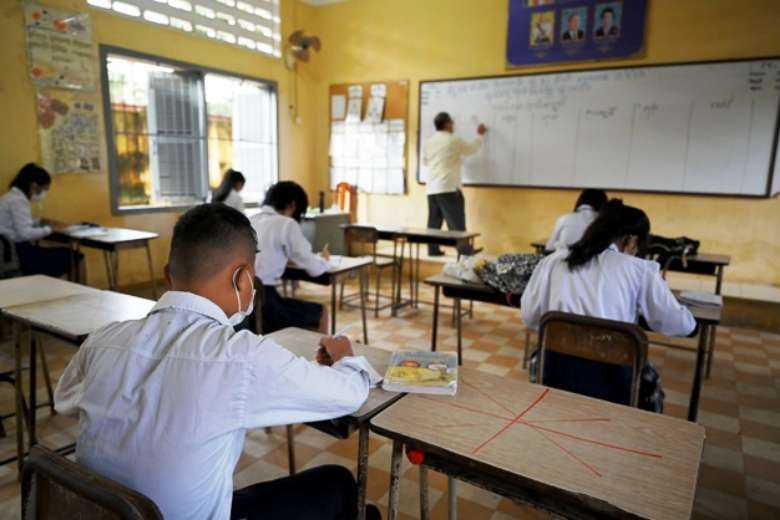 More than 550 non-government schools funded by Japan Relief for Cambodia and the World Assistance for Cambodia (JRfC-WAfC) began closing on March 1 following an order from the Ministry of Education.

No reason was given by local education officials for closing the rural-based primary and secondary schools that were part of the legacy left by Bernie Krisher, the former publisher of the independent newspaper Cambodia Daily.

A letter from Education Minister Hang Chuon Naron terminated the government’s agreement with JRfC-WAfC, requiring the organization to halt its activities in Cambodia.

The letter was posted on Facebook by teachers who worked at the schools, which specialized in English and computer skills, CamboJA News said.

Cambodia Daily earned a fierce reputation for independent journalism and as a critic of the government. It was forced to close in 2017 after being handed an unexpected tax bill amid a crackdown on opposition dissent.

The opposition Cambodia National Rescue Party (CNRP) was dissolved by the courts at about the same time, enabling the long-ruling Cambodian People’s Party (CPP) to win every seat contested at elections the following year, prompting an outcry among civil society groups.

I have taught here 23 years so far, and I am greatly saddened because I have tried my best for poor students

CamboJA News said Krisher, best known as the founder and publisher of Cambodia Daily, was a long-time journalism promoter and established JRfC in 1993 to galvanize support to help rehabilitate Cambodia from the devastation of its long-running civil wars.

Krisher died in 2019 and his daughter Deborah Krisher-Steele now oversees the NGO. She said she could not speak on the record about the closure of the organization’s schools.

Kheav Tola, 40, was a teacher at a JRfC school in Kampong Speu province and said in an online post that he was disappointed the schools were being shuttered without a clear explanation, adding students would attend classes free of charge and outside public school hours.

“After shutting schools, I can see the emotional impact on children that studied with [us],” Kheav Tola said. “I have taught here 23 years so far, and I am greatly saddened because I have tried my best for poor students.”

Tes Sovanren, who worked from 2008 until 2021 at a primary school supported by the organization in Preah Vihear province, said she was saddened when she heard of the closures.

“The school has helped a lot of children with English teaching and computers, without paying money,” Tes Sovanren added.

Education Minister Hang Chuon Naron could not be reached for comment.

However, ministry spokesman Dy Khamboly told CamboJA News that he hadn’t received information about the closure of JRfC schools, adding there was “no need to care about it.”

“I request that if not necessary, no need to provoke on such an issue, there are lots of stories to be published,” he said. “Why is it necessary to disseminate this simple story?”