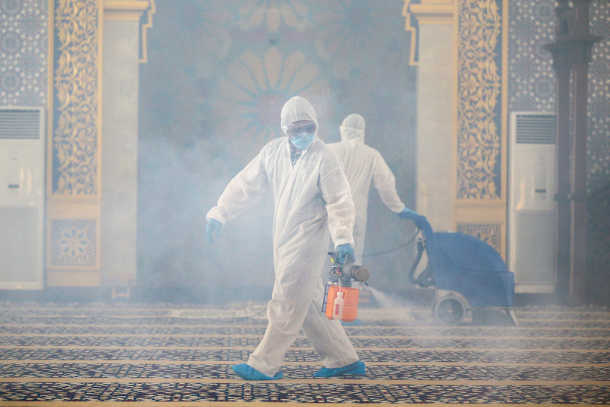 Brunei has recorded only its second death from the new coronavirus, underscoring the tiny country’s success in combating the pandemic.

The 56-year-old man, whose name has been withheld and identified only as Case 94, died more than two months after he developed symptoms and was hospitalized at the National Isolation Centre, The Scoop website reported.

Health Minister Mohammad Isham Jaafar told a press conference that his personal details would not be released due to respect for the privacy of his family. The passing of Case 94 came two months after Brunei announced a 64-year-old man had become its first victim of the virus.

Brunei has been fierce in applying emergency laws and lockdowns and, like other nearby countries, it is emerging from the outbreak with relatively low infection and fatality rates. It has recorded 141 cases with 137 recovered and another listed as critical.

As infections rates slowed, authorities began easing restrictions about a week ago.

Mosques were closed but are slowly reopening, with worshipers told to reserve a spot for Friday prayers. Numbers allowed have been restricted to 30 percent of capacity.

All worshipers must undergo a self-assessment before leaving home and have a health check within 12 hours of visiting the mosque. A resumption of prayers five times daily is dependent on mosques remaining virus-free for two weeks.

Schools will reopen on June 2, ending an 11-week total shutdown, for students sitting exams, with others to follow in what has been described as a partial resumption.

Six industry sectors — driving schools, gyms and fitness centers, sports facilities, golf courses, restaurants, cafes and food courts, stalls and markets — will also be allowed to operate, with the number of customers limited to 30 percent capacity of their premises.

Education Minister Hamzah Sulaiman told journalists that schools would have the authority to determine student numbers while parents could “negotiate with school leaders” on allowing children to return to face-to-face learning or continue with online lessons.

The sultan of Brunei enjoys absolute power. He completed the country’s complete transition to a Saudi brand of Sharia law in April last year, enabling religious authorities to inflict a raft of medieval punishments including amputations and death by stoning for capital crimes ranging from theft to homosexuality.