Well over 50 percent of its victims are Muslims, he pointed out in an interview with Dawn newspaper 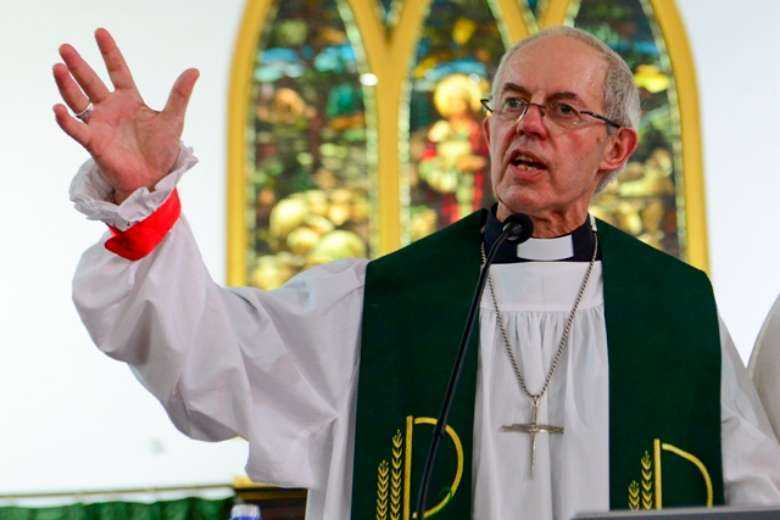 Archbishop Justin Welby of Canterbury gestures as he delivers a speech during his visit to a church in Amritsar in India's Punjab state on Sept. 10, 2019. (Photo: AFP)

Archbishop Justin Welby of Canterbury expressed concern over the misuse of blasphemy laws in Pakistan during his recent three-day visit to the South Asian nation.

The head of the Church of England told Dawn newspaper that the blasphemy laws were clearly being misused to target non-Muslim minorities, including Christians and Hindus, who lived under constant fear.

“There are very clear misuses, as is recognized, of the blasphemy law against minorities; however most of the misuses — well over 50 percemt — are Muslims misusing it against Muslims,” Archbishop Welby was quoted as saying by Dawn.

He further touched upon controversial issues such as forced conversions, child marriage and access to education and jobs.

Archbishop Welby also condemned the attack on two pastors in Peshawar on Jan. 30 by unknown gunmen in broad daylight, killing one and seriously injuring the other.

The archbishop was in Pakistan to show support to the Church of Pakistan and the wider Christian community, hear their concerns and spend time in prayers, worship and fellowship with them.

Since the creation of Pakistan in 1947, Christians have been struggling to get equal rights as citizens

The archbishop reportedly expressed his views about interfaith harmony, religious tolerance and peaceful coexistence among people from different religions at the meetings. General Bajwa acknowledged the role of the Christian community in the creation of Pakistan and appreciated their contributions towards its progress, reported The News.

Sarfraz Clement, a Catholic political leader from Multan, told UCA News that the visit was a sign of hope. “It would help the Christian community to get their basic rights and live in their homeland peacefully.”

Since the creation of Pakistan in 1947, Christians have been struggling to get equal rights as citizens. As a religious minority, they face persecution and discrimination daily.

The Church of Pakistan consists of five Protestant denominations in Pakistan and also includes the Anglican Church.

Clement was hopeful that after the archbishop’s visit, the government of Pakistan will take necessary measures to stop the misuse of blasphemy laws, which have been criticized and debated since they were inserted in Pakistan’s penal code by its military dictator General Zia-ul-Haq in the 1980s.

Pakistan is an Islamic republic with a 96 percent Muslim population. Christians make up less than 2 percent of its approximately 225 million people.