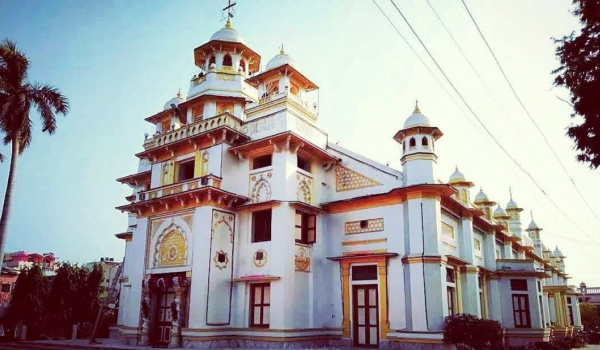 With a land area of 16,089 square kilometers, Bettiah diocese is located in the northwestern part of Bihar state. It is based in Bettiah, the headquarters of West Champaran district. The diocese shares a 100-kilometer border with Nepal in the north. Muzaffarpur diocese lies to the east, Gorakhpur diocese in Uttar Pradesh state to the west, and the river Ganges to the south, separates Bettiah from the archdiocese of Patna.

Bhojpuri and Hindi are the major languages used in the area. But English, Urdu and Kuduk (Oraon) are also used.

The diocese had its beginnings in 1703, when the Vatican erected the prefecture of Tibet-Hindustan, entrusting it to the Italian Capuchin Fathers of the Province of Picenum in Ancona. Capuchin Father John Francis was made prefect.

One of the Capuchin missioners, Father Joseph Mary, spent some time in Bettiah in 1740 en route to Tibet, and he managed to cure the queen of Bettiah of a serious malady. The King of Bettiah, Dhruva Singh, asked the priest to stay in his kingdom, but the priest said he could not do so unless the Vatican granted permission.

Subsequently, Dhruva Singh wrote two letters to Pope Benedict XIV requesting that the missioners be allowed to open a station in Bettiah. The pope replied to him on May 1, 1742, saying the Capuchins could stay and preach the Gospel in the kingdom. Father Joseph Mary thus founded the Bettiah Mission in 1745.

In 1820, the Vatican elevated the prefecture of Tibet-Hindustan to a vicariate with its headquarters at Agra, now in Uttar Pradesh. In 1827, an independent Patna vicariate comprising Bettiah, Chuhari, Patna City, Danapore, Bhagalpur, Darjeeling, Sikkim, Nepal and some other adjacent territories was constituted by a papal decree. Capuchin Father Anastasius Hartmann was nominated as its vicar and was ordained as bishop.

In May 1892, the Vatican formed the new prefecture of Bettiah-Nepal, which was dissolved in 1919. The territory was then assigned to the diocese of Patna under its first bishop, Louis Van Hoeck, SJ, of the Ranchi Mission. In March 1980, Patna was split into Patna and Muzaffarpur dioceses. In August 1998, Muzaffarpur diocese was further divided into Muzaffarpur and Bettiah dioceses. Father Victor Henry Thakur of Raipur diocese in Chatisgarh state was appointed the first bishop of Bettiah.

The annual per capita income in the diocesan territory is 4,097 rupees ($90). Sugarcane and rice are the major agricultural products. Timber is the third major industry, and fishing is another main occupation. The territory has the most luxuriant forests in Bihar as well as hundreds of natural ponds and lakes, and half a dozen rivers run through it.

The literacy rate is 37.4 percent.

How to reach Bettiah Diocese?